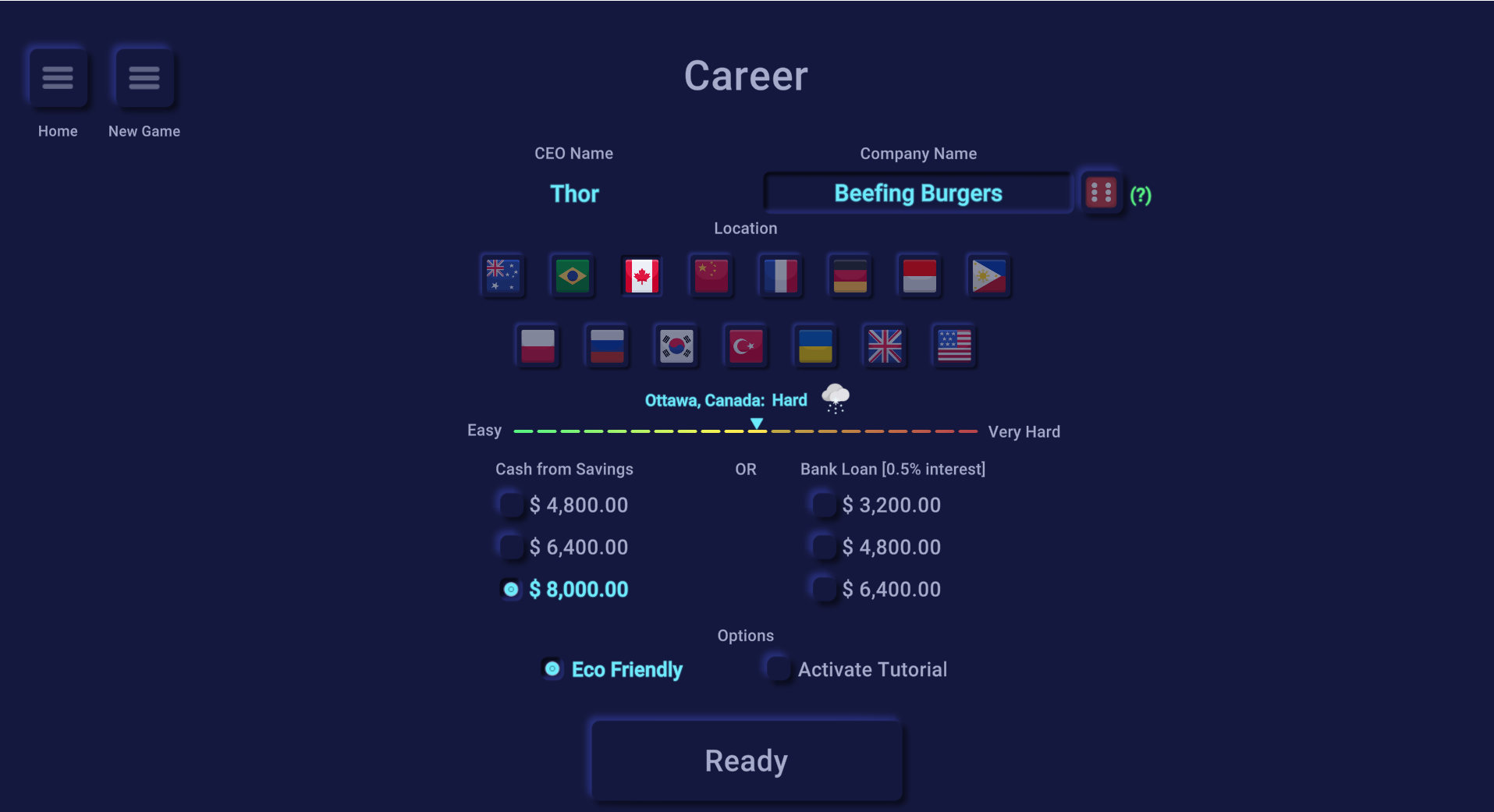 I can already hear you thinking, ‘I hope this is more than just an addition of different flags and currency symbols for aesthetics’.

The system contains the core economic mechanic of the game. In single player, you can start your business in any capital city of your choice. To change cities, you need to start a new game because each city has a different difficulty level. The difficulty level is based on, amongst other things, the price of raw materials🍅🥬🍞, the country’s Gross Domestic Product (GDP), and economic situation.

Economies around the world have business cycles consisting of periods of economic growth and downturn. Although a real-life cycle lasts an average of ten years, we limited it to a 1-year cycle in our food truck strategy game.

Some of the effects of the system on gameplay are:

For example, your city’s population might reduce their spending because of a stock market crash 📉. Or they may increase their spending when the government implements fiscal stimulus 💵.

Also, the population has a base happiness level 🥳. Depending on the current economic situation, their happiness will either go up or down. When it goes up 🕺💃, more people are on the street, and you can make more profits during this period. When it goes down 😰, it gets more challenging for businesses.

As an astute entrepreneur, you should strategize your capital investment or loans to match current economic conditions. Sometimes, the only remedy is to have enough savings 💰 to go through hard cycles.

That’s it for today. Catch you later…

P.S: Did you know we have a bi-weekly progress report we send out to special members of our community? In it we present a slightly closer look at our activities every 2 weeks. You can start receiving your updates on our progress by clicking here.